Christchurch based Laurence Pithie is at the early stages of a promising career in road and track cycling having recently completed and won medals at the Oceania Track Cycling Championships in Adelaide.

Laurence recently spoke to members on his achievements and described the type of training regime he has to undergo in preparation for his rides.

With a gold in the mens individual pursuit, silver in the junior points race and bronze in the scratch race Laurence has an exciting and promising future ahead of him.

The Rotary Club of Bishopdale Burnside was pleased that a small donation of funds has helped Laurence some way towards achieving his goals. 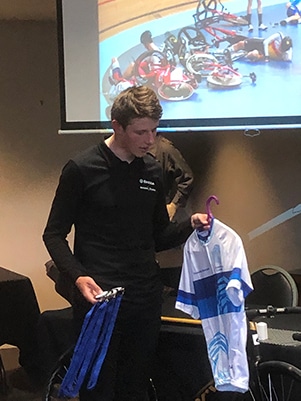 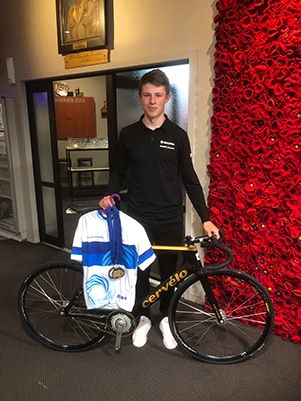